There is little doubt that automation is changing the way we go about our daily tasks. From self-serve petrol pumps to click-as-you-shop in supermarkets, online banking and the way we choose music to play in our homes.

In the years ahead, we will also see significant changes to the way we move around, and autonomous transport solutions will play a big part in this.

Increasingly, automation is changing aviation too. Already, planes fly much of a journey by themselves, although under the watchful eye of a crew who will intervene when necessary. However, it may only be a matter of time before you’re flying on an aircraft that has no pilot. 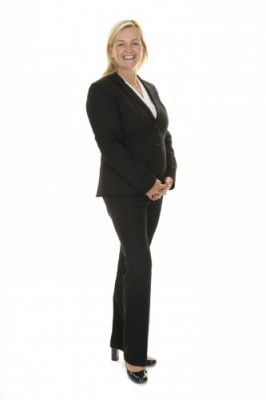 It’s not just air flight that can be enhanced by automation, but the entire experience of air travel, from check-in to boarding a plane.

The potential for more automation at airports will undoubtedly enhance the passenger experience and speed up the processing of goods. But it also challenges existing business models which underpin the airport’s current operation.

My job as an airport managing director at a time of great transition and change in technology, is to balance the need to continue to generate income from established products, such as car parking and retail, but also to have a focus on how the business can respond to, and benefit from, a very different world in which the customer is much more self-sufficient.

A shift to autonomous car use, for example, coupled with the demand for electrical power charging points will have an impact on any business that supplies car parking. It will result in a major change to our infrastructure at the airport.

Ask anyone what they like least about air travel, and they'll probably say check-in, baggage drop-off, security or border control – all of which are necessary, but can they be done more efficiently? What if we could make boarding a plane as simple as boarding a bus?

In fact, that's just what's started happening already in airports around the world. Facial recognition technology and artificial intelligence is driving a new generation of self-service air travel. In not too many years’ time, smartphones could play an even greater role in the check-in process than they do now, serving as a passport, boarding pass and ID for the entire journey.

Once inside the airport, tomorrow’s passenger could be faced with virtual shopping centres where a buying history for each passenger can be identified via a smartphone to create a personalised display of their favourite brands or products, all of which could be delivered to their home ready and waiting for them as they return.

New technology will also improve airport operations. Increasingly air traffic control towers are becoming more automated with some airports relying on a centralised remote facility where cameras feed live images back to controllers monitoring screens. However, despite all the advances of modern technology, I predict there will always need to be some human intervention in air traffic control, which will come as a big relief to my team of controllers at EMA - though I imagine some would be glad to see the back of the busy night shifts!

This brings me onto the technology which controls the invisible infrastructure in the skies. You and I cannot see this with naked eye, but it is so critical to the way that aircraft navigate their way from one destination to another.

At EMA we are deep into a programme of airspace modernisation. As is the case with all infrastructure, it needs updating to respond to demand. The current airspace (or motorways in the sky as we like to refer to them) were designed in the 1950s. Air traffic has increased, aircraft are technologically far more sophisticated, and the airspace is no longer fit for purpose. In the same way that new roads need building to accommodate increased traffic, the skies above our airports also need reconfiguring. This is partly in response to changes to ageing navigational aides which guide aircraft in and out of airports like EMA.

Automation will benefit the movement of products as well as people by air. EMA is home to the UK’s largest dedicated cargo operation. On site are global logistics specialist who are investing in new technology which speeds up the handling of goods that are sorted by barcode with very little human intervention. On the north side of our airfield is the East Midlands Gateway logistics facility. Some of the units there are state-of-the art and pretty much fully automated.

In the aviation world, drones have a bad reputation. However, they could play a more critical role in the final mile of delivery of goods. In the US, drones have been used for getting medical deliveries to rural communities and ship-to-shore transport of blood samples, with the potential to aid disaster-relief efforts. There are some regulatory hurdles to overcome before this is common place in the UK.

These are just a few examples of how aviation will be enhanced by new autonomous technology. But no matter how radical the changes will be in years to come, there will still be a need for a physical airport – or a hub from which planes and other flying vehicles can land and take off safely. This means that people will still need to travel to and from airports, certainly in the foreseeable future. Therefore, airports are likely to become more important than ever as hubs for connectivity. Can new technology improve the way that key assets and landmarks like airports are better connected to the people that use them?

An airport cannot exist in isolation. Its operation and activity can drive the regional economies they serve forward - providing connectivity, economic value and employment for local people. This is certainly the case in the East Midlands.

To support and to enable this region’s growth, EMA needs to be better connected. Connectivity is the catalyst for the growth of economic activity in the local area. We are seeing the product of this with the logistics development particularly at the East Midlands Gateway, but elsewhere including Jaguar Land Rover’s announcement to set up its global logistics hub at Appleby Magna at junction 11 of the A42. Proximity to the airport was cited as one of the reasons for choosing this location.

But the regional geography is a challenge, and some of the distances between key communities and employment sites are just slightly too great to be served by existing transport infrastructure. If we want to make it easier and quicker for more people to access the airport, existing modes of transport may not deliver the networks we need.

The way our transport connectivity has developed in the past will be very different in the future.

Innovative thinking and new transport technologies may be the answer. These will need to be fast and operate at high frequency. In this region we have such a wealth of transport history, knowledge and expertise, it should not be beyond us to develop our own transport network that is the envy of not just other areas of the UK, but across the world.

Imagine an airport at the heart of its region connected by the most innovative transport systems, homes without drives or garages, smarter roads which recharge the batteries of electric cars and trucks as they drive along them, short hops being taken by autonomous electric taxis, or even flying craft and quieter and more efficient aircraft carrying people further than ever before. Sounds too good to be true? Much of this is happening now – so why not position the East Midlands as pioneers of new technology and transportation?

This blog is an extract from Karen’s address to the Leicester Business Festival event - The Future of Human Transportation and Regional Connectivity – at MIRA Technology Institue on Monday 4 November.