Lure of the lights leads to sold out flights

The opportunity to see the Northern Lights is proving popular with East Midlands Airport passengers.

The inaugural flight to Akureyri in Northern Iceland on Friday 2 February is one of the first direct routes to this incredible part of the country from the UK. The three-night short break includes a Northern Lights tour and Lake Myvatn Land of Fire and Ice Experience. Such has been the popularity of the trip that Super Break has announced an expanded offer and an increased flight programme for next winter.

On Monday 12 February, Omega holidays are operating a non-landing flight to view the Northern Lights from the air. This unique opportunity is accompanied by a pre-flight briefing and on-board commentary by Pete Lawrence from the BBC’s Sky at Night. The 3 hour 15 mins flight departs from East Midlands Airport at 9pm and flies as far north as the Shetland and Faroe Islands. 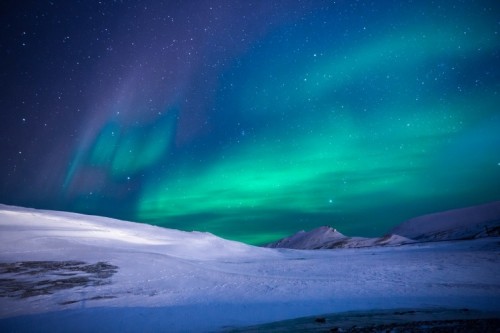 Heidi Barlow, East Midlands Airport’s Head of Marketing, says: “As well as passengers craving winter sunshine, it appears that there is great demand for embracing the colder north. Seeing the Northern Lights is one of the world’s great wonders, and so we’re delighted to make it easier for people across the region to experience this amazing opportunity.”

January to March are the three most popular months for viewing the bright lights of the aurora which are caused by collisions between electrically charged particles from the sun that enter the earth's atmosphere.

The lights are seen above the magnetic poles of the northern and southern hemispheres. They are known as 'Aurora borealis' in the north and 'Aurora australis' in the south. Auroral displays appear in many colours although pale green and pink are the most common. Shades of red, yellow, green, blue, and violet have been reported. The lights appear in many forms from patches or scattered clouds of light to streamers, arcs, rippling curtains or shooting rays that light up the sky with an eerie glow.

Lure of the lights leads to sold out flights