Karen Smart and Clare James MBE are two of the UK’s most senior female leaders in UK aviation. In June 2020, Clare succeeded Karen as MD of East Midlands Airport (EMA) while Karen headed north to fill the hot seat at Manchester Airport (MAN).

This is not the first time the careers of these close friends have been in lockstep. They first met as RAF Air Traffic Controllers during a tour of the Falkland Islands more than 25 years ago. Both have also held posts with SERCO before their appointments to MAG (Manchester Airports Group).

To mark International Women’s Day, Karen and Clare reflect on the journey they’ve been on together and share their experiences of how being women in very male dominated environments has shaped the leaders they’ve become today.

Q: Why did you choose the RAF?

Clare James:From a very young age I had a passion for flying. The fact that women couldn’t be pilots when I joined the RAF didn’t deter 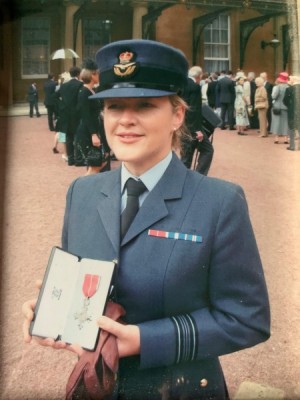 me from joining. So, I did the next best thing and became an Air Traffic Controller. I was the second youngest female to get through Initial Officer Training programme and completed my air traffic controller training at RAF Shawbury. " I then did tours at RAF Finningley, RAF Leuchars and the Falkland Islands as well as Kosovo during the Balkans war as junior officer prior to promotion."

Karen Smart: "As a 17-year-old in Stockport, I was desperate to travel, stand on my own two feet and learn a trade. I was incredibly sporty and so decided to join the RAF as an aircraft weapons engineer initially. I only intended staying in the services for a couple of years, but I loved the lifestyle, learnt so many new skills and hobbies, met some amazing people and visited many great places. I served in the RAF for 23 years, got married in that time and started a family raising my three boys."

Q: What were the highlights of your RAF career?

Clare James: "I did some amazing things such as a mountaineering expedition to the Cordilla Blanca in northern Peru where we climbed Mount Pisco at 18,000ft – we suffered horrendous altitude sickness but it was a once-in-a-lifetime experience. I swam with wild porpoises in the Falklands and used to compete (one-day eventing) with the Royal Marines. The Balkans war was equally memorable, with my time spent controlling aircraft off the back of a 4-tonne truck with a radio and a satellite phone as the ATC tower had been destroyed."

Karen Smart: "There were so many highlights in my RAF career, from my passing out parade aged 17, completing my engineering training (having never previously picked up a spanner), being posted to the north of Scotland, representing both the RAF and Combined Services (best of RAF, Army and Navy) at Netball, being selected and successfully completing officer training, becoming a qualified Air Traffic Controller…. I could go on and on!

"My time as the Senior Air Traffic Controller at RAF Brize Norton particularly stands out. There I received an MBE for my role in coordinating the runway resurfacing project. A key part of this was overseeing the deployment of the entire RAF air transport fleet. To mark the completion of the work I organised a charity pop concert which attracted 20,000 people and was broadcast on the BBC which raised hundreds of thousands of pounds for children’s charities."

Q: As a woman in the RAF, did you face specific challenges that your male counterparts didn’t?

Clare James: "Being a woman in the RAF, especially in the early days of my career, was first and foremost a privilege. I did have to stand up for myself which is where I developed some of the resilience I have today. Perhaps more so than my male colleagues, I felt the need to prove myself and compete on the same level, but I was very well supported throughout my time."

Karen Smart: "When I joined the RAF, it was a very different world for females. The rules had only just changed allowing you stay when you married! You were not allowed to serve if you got pregnant and you weren’t allowed to carry weapons. I was one of the first and only females to join as a weapons technician which meant that I spent many hours on exercise as the only female working and living amongst my male counterparts. I have to say that, overall, I had a great experience, found my own way of fitting in and I would like to think, over time, influenced a positive change in behaviour. I felt more of an equal than the odd one out."

Q: How did your time in the RAF prepare you for civilian life?

Clare James: "The whole experience with the RAF really set me up for life. After leaving, my specific expertise led to me to a role with NATS (National Air Traffic Services) where I was responsible for the operation of Air Traffic Control across some of the UK’s busiest airports, including Manchester and London Stansted. I then held the post of Airfield Operations Director at Serco. I was appointed to MAG (Manchester Airports Group) initially to lead Operational Excellence to help standardise airport operations. Initially, I also led the Group’s response to Covid. My military training has really kicked in since I was appointed as MD at EMA right in the middle of a pandemic. Taking on a role like this in normal times is tough, but the current climate just makes things far harder and it has been a real test of my leadership. A key part of my role is to get out and about in the region and meet all of our stakeholders, but this is being done virtually. I haven’t met in person many of the people with whom I speak on a regularly basis. I am also yet to witness a busy passenger operation so I’m desperately hoping I will at some point this summer, and some of the EMA team have been on furlough since I’ve started so there are lots of colleagues I’m still yet to meet."

Karen Smart: "The leadership and skills training in the forces is second to none. Many of these skills are transferable; the ability to 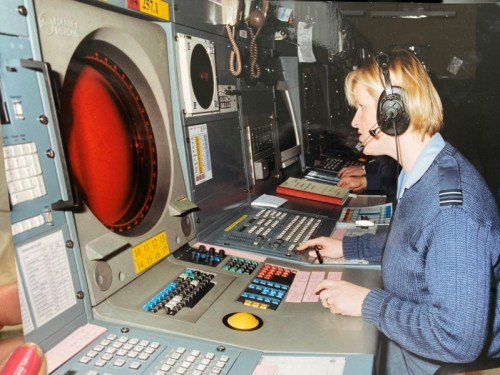 operate both strategically and tactically, train for and face the unexpected and to be able to inspire others whether leading or working as a part of a team. A key attribute that I bring from my military training and experience is resilience."

Q: What can the industry do to attract and retain high-calibre women?

Clare James: "It has to start at school. STEM subjects need to be better promoted to young girls. Women will only start to feel confident in traditional male-dominated roles if the playing field is level for boys and girls at the earliest opportunity. We need to recognise talent earlier than we do now and give individuals the opportunity to have a rounded experience rotating through different jobs. The RAF was very good at this and I benefitted from a variety of different roles both operational and planning/strategy which have served me very well.

"There also needs to be a lot more focus on training and development programmes for young women. In times of crisis, when money is tight, it’s easy to scale back on training budgets, but we need to ensure that this doesn’t happen as it will impact the talent pipeline in the future."

Karen Smart: "Overall, I think that the aviation industry is doing well to attract and retain high-calibre women. MAG certainly is. There are five women on the MAG executive team and two of the Group’s airports are run by women. In my time in the RAF and, more recently in MAG, I have worked with so many capable, inspiring females and I have no doubt that it is only a matter of time until we see many more at the very senior levels. There really are no barriers to anyone succeeding in aviation and with so many roles to choose from, there are opportunities for all."

Q: What would your three top tips be for women who want to break the glass ceiling?

1. "Believe in yourself - have courage and conviction. You can do anything.

3. "Being female is a privilege. We have natural empathy, ability to collaborate and bring people on board – these are your likely strengths, build on them."

1. "Be your authentic self – don’t try to be something that you are not

2. "There is always more than one way to get to your end goal – remain flexible and don’t give up!

3. "Don’t be afraid to put yourself out of your comfort zone – broadening your experiences will help you in the longer term."

Q: What advice would you give your younger self?

Clare James: "Pick your battles and don’t wear your heart on your sleeve!"

Karen Smart: "Hindsight is a wonderful thing, but I actually wouldn’t change many things in my life. However, the one piece of advice I would have given to my younger self is to look a little further ahead (easier said than done I know!). I pretty much only considered my next move rather than thinking of my ultimate goal to better understand what experiences and skills I needed to get there. That said, my family and I are so proud of where I have ended up. Sometimes I do have to pinch myself when I think back to being that the little girl who sat at the end of Manchester Airport runway watching planes with her dad, and now I'm here as its Managing Director."

Clare James: "Like Karen, there are probably a host of shared experiences that would probably make a great mini-series but not for this piece! What I have learnt from Karen is personal resilience; you will get knocks and setbacks, but you pick yourself up, dust off and carry on! Another key takeaway is how infectious and motivating she can be to all those around her with a positive and energetic approach to life and work! You certainly know when Karen is in the room!"

Karen Smart: "There are many things that I couldn’t write in this article that I have learnt from Clare but that is for another day! A couple of things to mention are loyalty and determination. From the moment we met over 25 years ago in the Falkland Islands, initially as colleagues but very quickly as friends, Clare’s loyalty to her team, her friends and colleagues has been a shining light. She is not afraid to have difficult conversations, but she will stand by you and help you through any challenges. She is one heck of a determined young(ish) lady and she will not let barriers get in her way. If there is a will there is a way and Clare will find it."

Q: What’s the hardest piece of feedback you’ve ever given Karen?

Clare James: "That there aren’t 36 hours in the day and just occasionally you do need to slow down! Listen to your ‘younger’ sister!"

Karen Smart: "Clare experienced a potential life-threatening illness, and I was there with her to break the news. That said I was astounded by her bravery throughout the tough times - I couldn’t have been prouder of her."