For the best part of two decades, East Midlands Airport (EMA) has placed environmental sustainability at the forefront of its operations. 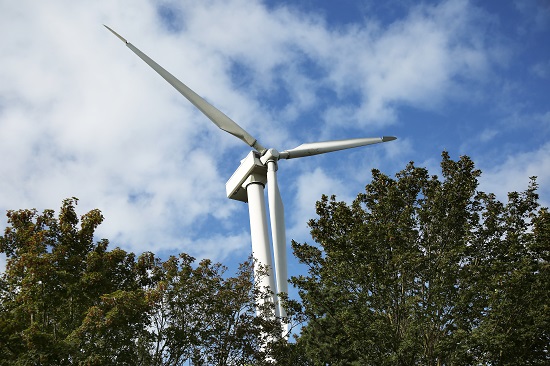 Known throughout the region for helping almost five million people a year jet off on their holidays, connecting around £40bn of goods to global markets, and as a site of employment for 9,500 people, the airport has also taken a pioneering approach to sustainability and reducing carbon emissions.

Back in 2002 EMA established an industry leading Environmental Management System (EMS) and was the first UK airport to receive the internationally renowned ISO 14001 accreditation for managing its local environmental impact. Building on this, it was certified as the UK’s first carbon neutral airport in 2012 – removing over 3,500 tonnes of carbon from ground operations and installing the first (and only) commercial-grade wind turbines at a UK airport to generate clean, green energy.

Furthermore, EMA diverts 97% of waste from landfill and continues to invest heavily in sustainable transport schemes.

In 2005, EMA began working with local bus companies to encourage better use of public transport as a means of getting to and from the airport. In its first year, this resulted in 233,000 more people using buses. 2019 marked 15 years of these partnerships and the Skylink bus network now carries over 3.36 million people a year on routes that serve the airport – taking millions of cars off the road and helping to reduce carbon emissions by thousands of tonnes.

While proud of its sustainability commitments to date, there is more to do. In Spring 2020, EMA will publish its ‘Net-Zero Roadmap’, outlining the steps needed to remove the final emissions from ground operations (currently managed through offsetting) while continuing to grow as an international hub for passenger travel and trade.

The airport will work even more closely with airlines and manufacturers to support their efforts to decarbonise air travel, encouraging the development of better technologies and sustainable aviation fuels, as well as looking at smarter ways of flying.

All of this comes in the same year that EMA will complete an extension to its terminal facilities, publish its refreshed Sustainable Development Plan (which sets out its masterplan for the next five years) and hopes to be designated as part of a new Freeport.

East Midlands Airport can demonstrate that growth, when done responsibly, can be green.