Busiest weekend for passengers expected since start of pandemic

East Midlands Airport (EMA) is expecting this coming weekend to be its busiest since the start of the Covid-19 pandemic.

Approximately 27,400 passengers are expected at the airport between Friday 22 and Sunday 24 October. This equates to 50% of pre-pandemic passenger numbers, when compared to the same weekend in 2019. Passenger numbers this summer have not exceeded a third of what they were pre-pandemic, after flights resumed from EMA in May following lockdown at the start of this year. However, since changes to the traffic light system were introduced, coupled with passengers no longer needing to do a day two PCR test on return to the UK from 24 October, and schools breaking up for half-term, there has been an uplift in demand. 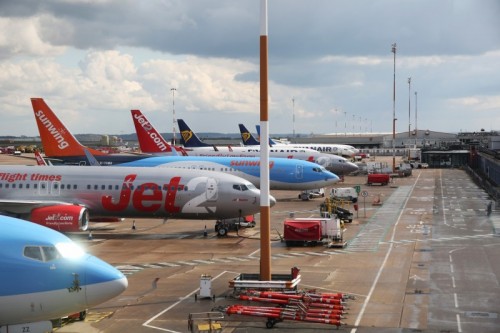 The pandemic has been the most difficult period in the history of aviation. The sector was one of the first to be shut down, and the last to re-open. During significant periods of the last year-and-a-half, EMA’s passenger terminal was closed as bans on non-essential international travel took effect. A lack of consumer confidence, uncertainty about the traffic light system, and the costs and hassle of tests have meant many people put off an overseas holiday this year.

Pre-pandemic, EMA would welcome two-thirds of its total annual passengers in the peak months, between April and October. However, due to lockdowns and bans on international travel, the airport and the airlines that serve it have missed out on two consecutive summer seasons. Airport bosses are hopeful that next year, people who haven’t travelled abroad since 2019 will be keen to do so again.

Clare James, East Midlands Airport’s Managing Director says; “I’ve been in this role for 15 months and I am only just starting to see the passenger operation come to life. It’s been such an unsettled time for everyone involved with this airport. Our full recovery will be gradual but if things continue as they are I’m hopeful that, come the dark long days of January when the Christmas and New Year festivities are over, people’s attention will turn to sun, sea and sangria and booking overseas breaks next year.”

Given the easing of international travel restrictions, several airlines have put on more flights and extended capacity for the late autumn period. Recently JET2.com announced more flights and seats to sunshine destinations such as the Canaries this autumn as well as its winter ski flights to Geneva and Salzburg. Today, Ryanair have also put seats on sale from January 2022 onwards. This gives passengers more choice as they start to plan their travel arrangements in the months to come and into next year. Along with easyJet, TUI and Aurigny, it means that EMA’s airlines serve between them some of the most popular destinations in Europe and North Africa for beach holidays, winter snow sports and city breaks.

One side of the business that has responded positively to the pandemic is EMA’s cargo operation. The knock-on effect of people saving money from not going on holiday, and spending more time at home, has resulted in a surge in internet shopping. This, combined with fewer long-haul passenger flights, particularly transatlantic, which would have carried goods as well as suitcases, has meant that the express air freight operators based at EMA have been busier than ever. In the coming winter months in the run up to Black Friday and Christmas, the likes of DHL, UPS, FedEx and Royal Mail will work flat out to ensure presents, household gifts and other items reach consumers in time. 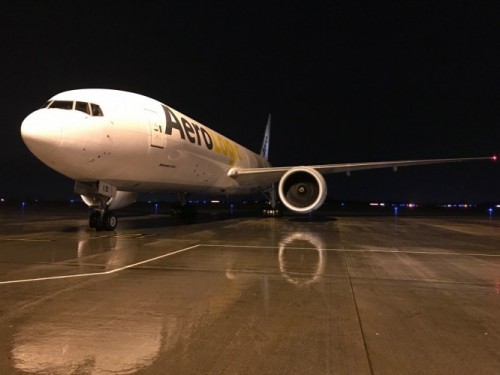 The EMA cargo operation has also thrown a lifeline to regional businesses that rely on imports and exports. In the early days of the pandemic, much critical PPE and hospital equipment, some of which was manufactured in this region, was flown around the world to hospitals that needed it most urgently. EMA is already seeing a 10% increase in the volume of goods compared with 2020, so records are likely to be broken again this winter.

Clare James says: “As the pandemic eases, I can look a bit further ahead and begin thinking more strategically about how this airport continues to provide an invaluable service to all customers. There are big opportunities around the corner. When the East Midlands Freeport bid gets through the next phase of approvals, EMA will be the ‘port’ to the UK’s only inland Freeport. I can also start to give more thought to our role within the region and how we can best support the work that is happening to shape a new identity for the East Midlands. I’m also considering what sustainable aviation will look like and what measures we need to take now to ensure we hit our goal of emitting zero carbon emissions by 2038. Changes to technology and people’s expectations will drive significant change within aviation. We need to be ready. The future is not without its challenges, but there’s much to look forward to.”

Busiest weekend for passengers expected since start of pandemic