Now’s the time to raise our game

It’s not often that someone as senior as the Chancellor of the Exchequer opens a keynote party conference speech with an announcement about the East Midlands. But that’s what happened yesterday (Monday 1 October 2018). 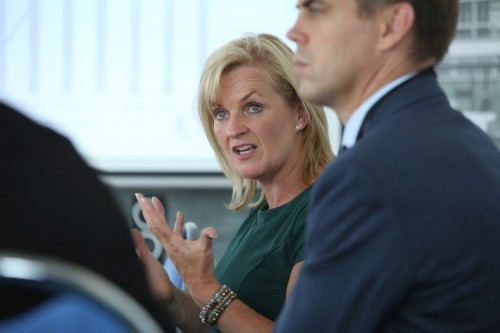 In his address to Conference in Birmingham, the Rt. Hon Philip Hammond MP committed funding for a new Development Corporation which will stimulate growth around the proposed HS2 station at Toton.

This is very welcome news indeed not least because the East Midlands has struggled with under-investment for new infrastructure, but it also recognises the significant economic potential of this region. However, it needs to be unlocked. Yesterday’s announcement is a step in the right direction for those of us who want to see a strong local economy.

It is also potentially encouraging news for East Midlands Airport. While we still need to properly understand the finer details of what the Chancellor said, if some headway is made to flesh out how best to link the region’s major growth hotspots – Toton and the East Midlands Gateway (at the heart of which is the airport) for example, then that is progress.

We’ve long argued that the major development sites in the region need to be viewed as one as this will provide the framework for better integrated transport, road and housing planning ensuring that people can easily access the new jobs that are starting to emerge.

This is why we need one bold vision for growth across the East Midlands. If we achieve this, we will become a very attractive region in which to live, work and nurture new business.

A strong regional economy is critical to the airport for attracting new airlines and routes. With a population of just under five million people, the East Midlands would significantly benefit from genuine global passenger connectivity. Arguably, we’ve achieved this with our cargo operation but we need more passenger routes to European hub airports, the Middle East and the US. We’re working hard to deliver this and the confidence we received yesterday from Government only strengthens our case when trying to convince airlines to invest in this region.

I look forward to working with political and business leaders in the East Midlands and further afield to build on yesterday’s announcement and realise the potential that the region has to offer. Now is the time to raise our game.

Now’s the time to raise our game