As passenger numbers start to build for Easter - the first peak of the new summer schedule – East Midlands Airport (EMA) is urging passengers to be careful with their personal possessions. 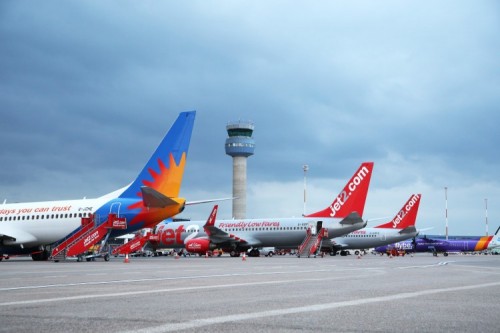 In the second half of last year (from August to December) 3644 unclaimed items were left behind by passengers. Since the turn of the year, EMA has amassed 568 items which currently remain in lost property.

Passengers lose more jewellery than anything else. Clothing, glasses and bags are also popular misplaced items. Left behind after last summer’s rush were almost 200 kindles, iPads and tablets and 167 mobile phones remained ownerless too. Over 200 passengers will have spent much of their holiday hitching up trousers as 217 belts were unclaimed.

Personal belongings are often left in trays as passengers go through security while other possessions are found in restaurants and bars.

If attempts to reunite passengers with items are unsuccessful, lost property is donated to charities such as the British Heart Foundation, the Leicestershire Air Ambulance and is auctioned off with the proceeds going to the children’s cancer charity CLIC Sargent, which the airport itself supports.

Among the items currently being looked after at the airport is a gold watch which staff are particularly keen to reunite with its owner. The gold Swiss-made watch may be of significant personal importance as it was presented in recognition of 25 years’ service at a local employer.

Andy Tyler-Smith, EMA’s Security and Operations Director, says: “We can easily understand how and why possessions are left behind. But it’s surprising how many people don’t try and retrieve them. Our message to passengers is simple. Travel light – avoid bringing belongings that aren’t necessary for your journey and check the trays after you have been through security. If you think you have left something at the airport, please do get in touch and we’ll do what we can to help you find lost items.”