East Midlands Airport gears up for all important ‘summer season’

• 250,000 passengers expected at EMA during Easter
• Passengers encouraged to check travel rules of destination before arriving at the airport 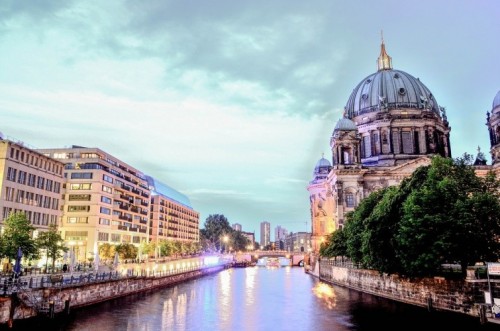 East Midlands Airport (EMA) is gearing up for the most important time of year for its passenger operation.

The end of term for some schools on Friday 1 April marks the start of the airport’s ‘summer season’ which runs from April to October. During these months EMA welcomes two-thirds of its total annual passengers. Over the Easter break, the airport expects about 250,000 passengers through its doors.

During the summer, the airlines that serve the airport adjust their flight schedules to accommodate more demand while increasing both frequency and numbers of destinations served.

Between them, Ryanair, Jet2.com, TUI, Flybe, Aurigny and Blue Islands will fly to more than 50 destinations this year giving passengers a great choice of some of the most popular holiday hotspots in Europe, Eastern Europe and Northeast Africa.

For many people, jetting off this Easter will be their first overseas trip since before the pandemic brought international travel to a standstill. Thanks to the vaccination roll-out, all UK travel restrictions have now been dropped making it far easier to travel. However, passengers are encouraged to check rules that apply in the countries to which they are travelling which may differ to the UK’s.

The airport is also advising those who haven’t flown for a while to prepare for their journey well in advance, and to remind themselves of the rules around security and hand luggage.

The contrast between the start of this summer season and last years could not be starker. Twelve months ago, the passenger terminal doors were shut, and planes were grounded. When international travel did resume, the impact of travel restrictions, testing and general uncertainty resulted in passenger numbers not exceeding 20% of pre-Covid levels. The airport lost two consecutive summer seasons as a result of Covid. This year, passenger numbers are expected to recover to 75-80% of pre-Covid levels.

Clare James, East Midlands Airport’s Managing Director, says: “I started in post in July 2020, and this will be the first time I’ve seen the passenger operation in full swing. The last two years have been pretty bleak for this industry. It’s clear that people are very keen to get-away for a hard-earned break or to visit family and friends. I’m very much looking forward to the buzz and energy that passengers bring to this airport and to welcoming people back as they start travelling again.”

With the recovery of aviation set to continue in earnest ahead of the summer, East Midlands Airport is recruiting for operational roles. The bulk of the vacancies are within the airport’s security teams but other jobs are available too with the airport’s retail and hospitability providers, airlines and ground handling businesses. Find out more about current vacancies.

East Midlands Airport gears up for all important ‘summer season’