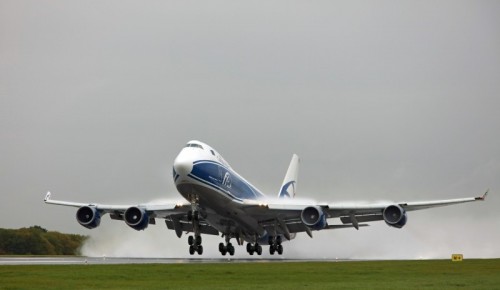 Steven Harvey, who will head-up the airport’s cargo operation, brings with him a wealth of experience having worked previously for specialist cargo airlines.

During a 30-year career in the air cargo industry, Steven’s previous roles include:

EMA continues to cement its place as the UK’s most important airport for dedicated air cargo. With it being home to the likes of DHL, UPS, FedEx/TNT and Royal Mail, the airport is second only to London Heathrow in terms of the total annual tonnage of cargo it handles.

Despite challenging global market conditions, the airport’s operation is performing well. This calendar year has seen an increase in volume to 370,000 tonnes per annum (up 1.15% on 2018). Over the last 12 months, it has also seen the value of non-EU goods that pass through it each year rise by a further £1bn to £11bn.

Recently, EMA recorded its highest ever monthly cargo volume. Just over 34,877 tonnes of goods passed through the airport in October, eclipsing the previous busiest month which was November 2018 when EMA handled 34,107 tonnes.

Work is nearing completion on EMA’s East Apron extension which serves the FedEx m, UPS, and Royal Mail operations. This will allow up to four more aircraft to be parked at any one time and support the growing schedules of these and new prospective operators.

Also at the east side of the airport, UPS’s new facility is rapidly taking shape. The £114m development will double the size of their operation at EMA making it UPS’s largest air logistics facility outside the USA.

Early in the new year, EMA will unveil a new commercial strategy which will outline the investments that it intends to make to respond to future growth in demand for air cargo.

About his appointment, Steve said: “I’m very excited to be joining the team at EMA. The opportunities for the airport are significant particularly as the UK considers new trading relationships with countries all over the world. In future years, EMA will play an even more critical role in facilitating UK trade, supporting businesses and creating jobs for people in this region. I look forward to helping the airport achieve this.”

Commenting on Steven’s appointment, Beth Brewster (EMA’s Commercial and Transformation Director), says: “I’m delighted that Steven is joining EMA at a time when we are planning for the longer-term. Steven’s knowledge of the air cargo industry and, particularly his experience of working with airlines, will be invaluable as we shape our strategies for future growth.”