Improving global connectivity via major European hub airports is the goal for the team representing East Midlands Airport (EMA) at the annual Routes Europe forum in Bilbao next week.

EMA’s focus is to secure a new network carrier allowing passengers to fly with one airline from EMA to the other side of the word via a major European hub airport, on one ticket.

EMA is one of the largest airports in the UK not to offer an ongoing service through a European hub airport which leaves some of the eight million people who live within an hour’s drive of the airport without a dedicated network carrier. There is also demand from businesses in the East Midlands for flights further afield that connect the region to the biggest global markets.

EMA is an established base for leisure airlines which serve over 80 domestic and European short-haul destinations plus Cancun in Mexico and Orlando in the US. Full service scheduled flights are operated by Flybe, bmi regional and Aurigny while TUI, Ryanair, Jet2.com and Thomas Cook have fleets of aircraft permanently based at the airport. 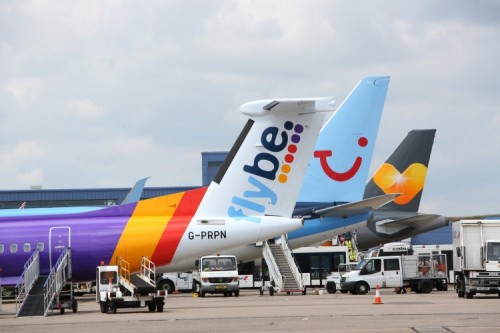 Leisure traffic is buoyant at East Midlands. TUI Airways recently announced it is adding another 60,000 seats in summer 2019, including new services to Faro and Santorini, the latter being a completely new route for the airport. Jet2.com is offering a further 11,000 seats during winter 2018/19, taking its commitment to 300,000 seats in the winter season.

Currently almost 5m passengers fly to and from EMA a year but the airport has ambitions to double passenger numbers to 10 million a year. Key to this is securing a carrier that could provide ongoing international connectivity via a European Hub airport such as Paris Charles de Gaulle, Schiphol airport in Amsterdam or Frankfurt, for example.

Andrew Pelham, EMA’s Head of Aviation Development, said: “East Midlands Airport couldn’t be better placed for growing its market share. We’re at the heart of the country, with easy access to the UK motorway network, and with a population of just over 30 million people within two hours’ drive. Our research tells us that more demand is there for both leisure and business travellers and if we are able to secure new routes that go further afield people will use them.”

EMA is entering its busiest time of year. The summer season schedule started in April and runs through until late October. Last summer was the airport’s busiest since 2008 and it is hoped that this year passenger numbers will be even higher.

New summer routes this year are: