Snow and air travel are not usually a good mix, but it’s the white stuff in Europe’s ski resorts that is currently driving demand for flights from East Midlands Airport (EMA). 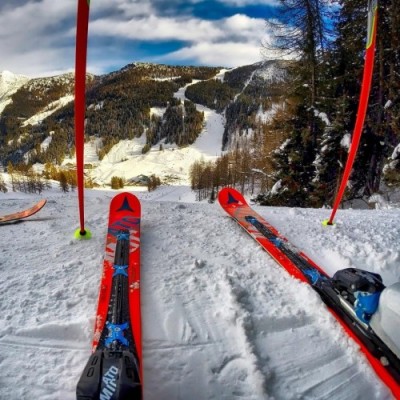 Record levels of snow have fallen in Austria while parts of the French Alps and Pyrenees are enjoying excellent conditions too. Last year, across the Alps February saw the heaviest snow fall and winter sports enthusiasts are hoping for similar conditions this year as half-term approaches.

Flights to Geneva and Salzburg are also available from East Midlands Airport which means Europe’s largest and most famous ski regions are all within easy reach of the East Midlands. Skiing in Bulgaria is growing in popularity especially among families and beginners. The slightly smaller resorts are often quieter than the larger ski areas in the French, Italian and Austrian Alps, which are ideal for those taking to the sloped for the first time.

While UK evenings are staying lighter for longer, and the very early signs of Spring are gradually appearing, many people will be in desperate need for sunshine following a long, dark winter. Flights to Faro in January were up 7.6% compared with the same time last year while Malaga, Alicante, and the Canaries are also popular destinations at this time of year. Those happy to travel slightly further afield for guaranteed sunshine, Egypt, Turkey and Cyprus are safe bets for winter warmth.

EMA’s cargo operation continues to grow too. 30,209 tonnes passed through the airport last month, an increase of 674 tonnes (2.3%) compared with January 2019. EMA is home to the UK’s largest dedicated air cargo operation and second only to Heathrow in terms of annual tonnage.

“For many passengers in the region, and beyond, whether they’re seeking snow, sun or city breaks, East Midlands is their airport of choice. Our ideal location at the heart of the country with convenient access to the motorway network makes us the easy choice for many people hoping to jet off to Europe’s top holiday destinations for short breaks or longer holidays. We also continue to play a key role nationally in facilitating trade between the UK and countries all over the world.”

The airport is gearing up for its busy summer season which kicks off on 1 April. Last month a recruitment fair was held to attract more staff for its security, car parking and catering operations. Over 3000 people attended with a view to finding out more about the roles available across the airport.