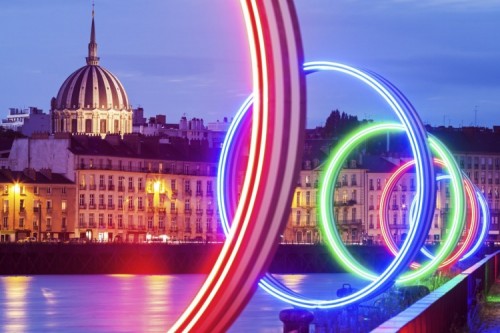 The new twice weekly route on Mondays and Fridays, which is part of Ryanair’s East Midlands Summer 2019 schedule, brings to 42 the total number of destinations that Ryanair fly to from EMA.

Situated in the Pays-de-la-loire (Loire Valley) region of France, Nantes is known for its vineyards, historic culture, and cuisine. Once famous for trade, the city has been transformed into a bustling metropolis. With 485km of cycle friendly paths and its floral gardens, which are home to over 10,000 plant species, Nantes was Europe’s greenest city in 2013.

With flights already from EMA to Bergerac, Carcassonne, Chambery, Dinard, Limoges and Nice, the addition of Nantes means that France is well-served from the East Midlands. In 2020, passengers can also fly to the coastal city of La Rochelle. Whether travellers enjoy skiing, wine tasting, exploring heritage and culture or sunbathing on the Atlantic Coast, all of this is within just over an hour’s reach of EMA.

“We’re delighted that Ryanair has launched a brand-new route to Nantes. This opens up the spectacular Loire Valley and Western Brittany giving passengers an even greater choice of destinations for exploring France’s rich and varied culture. This further strengthens our offer as the airport of choice for short-haul trips to Europe this summer whether it be Mediterranean beach holidays, city breaks or rugged Atlantic landscapes that holiday makers are after.”

Also new to EMA this summer are Shannon (Ryanair) on the West coast of Ireland, Greek Island Santorini (TUI) and, after a gap of nearly five years, flights to Enfidha Hammanet in Tunisia return, also with TUI. In response to the national increase in demand for travel to Eastern European resorts, Jet2.com have added Bourgas in Bulgaria to its list of routes from EMA.