The recently launched Loganair route between East Midlands Airport (EMA) and Inverness is paving the way for greater collaboration between businesses and academics in the East Midlands and the Highlands and Islands. 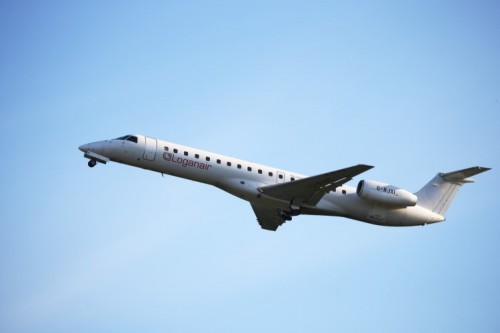 While the two regions are geographically very different, there are striking parallels. In much the same way that the East Midlands is often overlooked, particularly in terms of infrastructure investment, Inverness is in the shadows of Scotland’s Central Belt – a corridor between Edinburgh and Glasgow. And yet, also like the East Midlands, Inverness is pioneering some of the most innovative technology especially in the fields of renewable energy and life sciences.

With significant investment planned for extensive offshore wind-farms in and around areas such as the Moray Firth, and the growth of the Inverness Innovation campus, an event on Wednesday 25 September, entitled Take off with business, provided a chance for business leaders and academics in key sectors to meet and kick-start closer ties between the regions. An East Midlands delegation, invited to Inverness by the city’s Chamber of Commerce, included representatives from University of Nottingham’s Energy Innovation and Collaboration unit, Medlinlk, the Chamber of Commerce, Yu Energy, the Institute of Export and East Midlands Airport.

The driver for this closer working is the recently launched EMA to Inverness flight which reduces travel time between the regions to one hour. Loganair’s daily flight, which departs EMA at 12pm and returns from Inverness at 14:30 six days a week (except Saturdays), opens up business growth opportunities as well as making it easy for tourists to explore one of the most beautiful parts of Scotland.

Chris Hobson, Director of Policy at East Midlands Chamber (Derbyshire, Nottinghamshire, Leicestershire), said: “Home to internationally-renowned businesses, world-class universities and with a reputation for making things and transporting them across the UK and the world, the East Midlands has so much to offer on many levels.

“Partnerships and the sharing of best practice are so often the key to success in business. The new route between EMA and Inverness presents a number of fantastic opportunities for business communities to work together for the future prosperity of all, with positive conversations already taking place as a result of the recent collaboration.

“As well as our expertise, we are well placed geographically in the East Midlands and the airport lies at the heart of this. The Loganair new route, and the relationships it will help forge, is a real positive which will enhance both regions now and in the future.”

Since the launch of its EMA/Brussels and EMA/Inverness routes at the start of September, Loganair has subsequently announced that, in early 2020, it will also fly to Aberdeen from EMA and will take over routes to Edinburgh and Glasgow at the end of October.

Chris Hayton, East Midlands Airport’s Head of Corporate Affairs, says: “The Inverness example demonstrates the importance of greater connectivity that new routes from EMA provide. They open up improved channels of communication between cities and other parts of the country and are often the catalyst to new ways of working which benefit regional economies, help create new jobs and boost trade and commerce.”