East Midlands Airport supported over 6,500 people with training, employment or careers advice during the financial year of 2017/18. 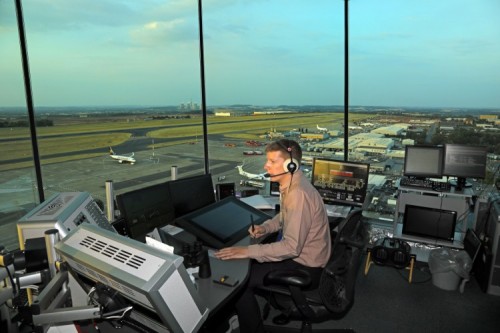 The figures, which are published today in its annual CSR (corporate social responsibility) report, show that:

- 209 people gained a customer services qualification and. Of these,130 people attended training at the airport’s Academy and found work

- 101 adults had work experience in a customer facing role linked to the airport’s academy programme.

Currently, eight thousand people are employed across the airport site (land owned by the airport which includes the Pegasus Business Park). With a further 8000 jobs being made available at the neighbouring SEGRO Logistics Park (East Midlands Gateway), the airport will be situated at the heart of one of the fastest growing employment sites in the region.

With so many new job opportunities on the horizon, it is critical that local people, both those likely to enter the jobs market in the next few years and job seekers, will have the best chance of finding work in the future. This is why the airport is working closely with local partners to ensure that appropriate training and education provision is in place.

As well as outlining the airport’s commitment to being a responsible employer, the annual CSR report also demonstrates the ever-growing importance of airports to their regions. EMA’s annual direct economic contribution to the East Midlands stands at £300m which is up 15% on the previous year. Its indirect contribution is far higher as the airport generates spending in the region. Airports are also important catalysts for growth in the regions they serve as is evidenced by the SEGRO development, strategically located next to the airport.

However, growth must be managed so that it doesn’t have an adverse impact on local communities. The CSR report shows that while passenger numbers grew last year by three per cent, and cargo growth stood at 10 per cent, there was only a one per cent increase in the overall number of air traffic movements. This approach to sustainable growth, which also includes incentivising airlines to use cleaner and more modern aircraft, helps keep noise levels down.

Karen Smart, East Midlands Airport’s Managing Director, says: “We’re an ambitious airport and we’re committed to making the most of this fantastic facility which has significant potential to grow and become even more of an asset to the region. But future growth won’t come at any cost and, as we demonstrate, we are equally focussed on ensuring that, as a good neighbour, we take a responsible approach to mitigating the impact of our operation on the environment and local communities. We want local people to be proud of this airport and, at the same time, play a key role in shaping the future prosperity of this region and its people.”