East Midlands Airport, home to the UK’s largest dedicated air cargo operation, is now served by a weekly Hong Kong to EMA cargo flight. The route has been introduced by DHL Express in response to increasing business demand for shipments from Asia. 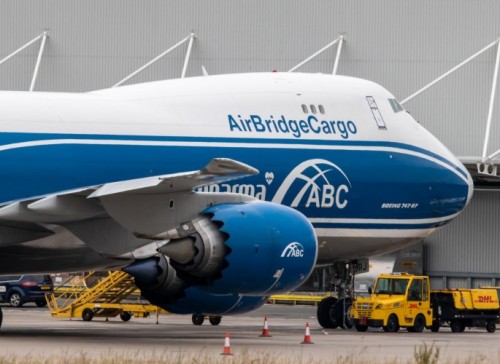 The new service is currently the UK’s only dedicated cargo flight to the UK from China carrying goods exclusively for the UK.

Operated by the iconic Boeing 747-8 Queen of the Skies, one of the most fuel-efficient freighters currently available, with a cargo capacity of 130 tonnes, the flight departs Hong Kong on Fridays arriving at East Midlands Airport on Sunday. Shipments enter the delivery cycle to be distributed across the UK on Monday morning. 95% of the goods on board are time-critical products, from medical and industrial supplies to consumer e-commerce shipments.

In addition to the Hong Kong - EMA route, DHL Express has also introduced two additional new routes from JFK Airport and Miami International into EMA and, later this month, a new flight from EMA to Los Angeles will also be introduced. These routes are in response to the growing demand for time-critical deliveries from the USA, ensuring the DHL Express network continues to provide the best possible connectivity and service for customers at this critical time.

Karen Smart, Managing Director, East Midlands Airport, said: “We very much welcome DHL’s continued investment in its EMA operation. It is fitting that currently the only direct cargo flight to the UK from China comes into EMA which is home to the UK’s largest dedicated air cargo operation. This new route is further evidence of the airport’s vital role as a global hub for time-critical goods and a facilitator of world trade. As one of the UK’s most strategically important infrastructure assets, EMA is well-placed to support the gradual steps being taken by countries to re-start manufacturing and exports as they ease their way to normality following COVID-19 as well as being key to unlocking the UK’s economic potential in the coming years.”

Ian Wilson, of DHL Express, said: “As lockdowns in many countries around the world begin to ease, we’re seeing a sustained growth in demand for goods from Asia, covering all of the usual high value or time-critical products like technology, medical and industrial goods. We have introduced this new direct route operating into EMA as a direct response to this, and as part of our ongoing adaptations to the network to enable us to best serve our customers.”

EMA’s dedicated air cargo operation has come into its own in recent months as a lack of international passenger flights to and from the UK has meant less belly hold capacity for carrying goods.

While airports in the country have seen air traffic movements reduce by over 90%, East Midlands (EMA) has continued operating around 60% of all scheduled flights elevating it to one of Europe’s top 10 busiest airports. This is because of its global express freight operation which is playing an important role in keeping trade moving and facilitating the supply of vital PPE equipment in the fight against COVID-19, as well as more people ordering goods online when shops have been shut.

In the last two years, more than £200m has been invested into bespoke handling facilities at EMA by the world’s largest logistics companies, establishing it as the UK’s busiest and most important airport for dedicated cargo planes (which carry just cargo and no passengers).

Positioned only a four-hour truck drive to 90% of the population of England and Wales, EMA’s central location means vital supplies flown into the UK can be with those who need them most urgently very soon after landing, wherever they are in the country.