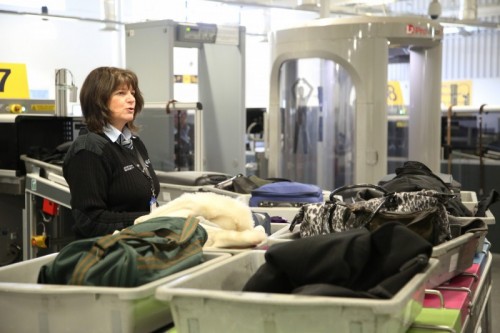 The CAA’s quality assurance scheme ensures that the training of airport security staff meets the expected standards to keep people safe when flying from UK airports.

At East Midlands, a dedicated team of four delivers the training in-house to both new airport security officers (ASOs) and refresher training for existing security teams. Airport course providers are assessed annually but now that EMA has received two consecutive outstanding ratings, the next assessment won’t be until September 2023.

The CAA was particularly impressed with the quality of the training delivery, and the supporting information provided to each trainee, especially as the learning needs of participants varies from person to person.

Earlier this summer, EMA opened a new training facility in Pathfinder House, the airport’s administration HQ which was built above the expanded immigration hall.

Airport security staff are required to be trained in several disciplines including body-searches, identifying ‘threatening’ objects, x-ray, baggage screening and patrols. Also included is a module on modern slavery so staff are well-equipped to look out for behaviours which may indicate people smuggling.

Given EMA’s seasonal peaks in passenger volume (two-thirds of all passengers fly between the months of April and October), each year the airport increases the number of security staff it employs for the busiest months of the year. Training for these roles begins in January so that new recruits are qualified by the start of the peak season for international travel. In the autumn, a programme of refresher training starts for existing staff who need to be kept updated with changing rules and regulations.

Jessica Hosier, EMA’s Compliance Manager for Training and Terminal Operations, welcomed the recent assessment. She said, “I’m really pleased for the team here who work tirelessly to deliver quality training. This is a reflection of their dedication and commitment to ensuring the highest standards so that passengers can travel through our airport safe in the knowledge that security teams are highly trained. This is part of our wider commitment to the best possible customer experience.”

In anticipation of more passengers using the airport next summer, now that the UK government is committed to easing travel restrictions next month, the airport will begin recruiting more security staff towards the end of the year.