East Midlands Airport has launched a competition for schools to design an East Midlands flag to represent the entire region. 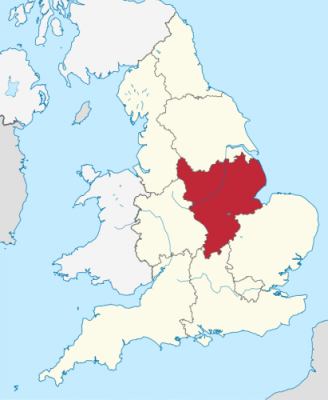 A judging panel comprising (but not limited to) the airport’s Managing Director and a professional designer will consider the submissions. A shortlist of 10 designs will be selected while all entries will be displayed in a gallery space at the airport.

Via social media, the public will vote on their preferred choice. The winning design – the one with the most votes – will be made into a flag and will take pride of place on a flagpole outside the airport’s check-in hall during the school summer holidays, some of the airport’s busiest weeks of the year.

Flags have been around for thousands of years as a mechanism or device for projecting identity. The colours and symbols in a flag design convey the ideas, ambitions and values of the place it represents.

Designing a flag for the East Midlands is a fun and thought-provoking way to encourage children to think about what gives this region its identity; its famous landmarks, people and heritage, for example. More recognition for the region, domestically and internationally, could also help boost tourism.

Such a competition could also help bust some myths and provide clarity around issues such as the region’s exact geography. Do an online search for the East Midlands and contradicting results appear. Some suggest Staffordshire is within the region, while others don’t include Northamptonshire and Rutland.

Chris Hayton, East Midlands Airport’s Head of Corporate Affairs, says: “The East Midlands is a fantastic region which comprises stunning landscapes, a coastline, and nationally economically important towns and cities. It’s home to iconic sports stadia, world-renowned legends and global companies as well as top-class universities. There is much to shout about and, as one of the few pan-regional organisations, the airport is well-placed to help put the region on the map and broaden its appeal. We are intrigued to see if a flag design can capture everything this region offers.”

The competition is open to all schools in the region. Should your school enter, please note the following guidance:

- One entry per school. However, you may wish to have a competition within your school and encourage each class to design a flag. Your winning design could then be submitted on behalf of the entire school

- The flag design needs to represent the entire region

- Children of all ages can take part

- The submission needs to be sent as a digital file (either a ‘jpeg’ or ‘eps’ formatted file).

- Closes Fri 14 June. Designs should be emailed to pressoffice@eastmidlandsairport.com

A few facts about the East Midlands

- It includes the counties of Derbyshire, Nottinghamshire, Leicestershire, Rutland, Northamptonshire and parts of Lincolnshire

- The highest point in the East Midlands region is Kinder Scout, in the Derbyshire Peak District at 636m

- The river Trent is the UK’s third longest river

- Lincoln Cathedral was once the world’s tallest building

- Rutland Water is the largest inland reservoir in Europe

- The region is home to global brands such as Rolls Royce, Boots and Speedo, amongst others